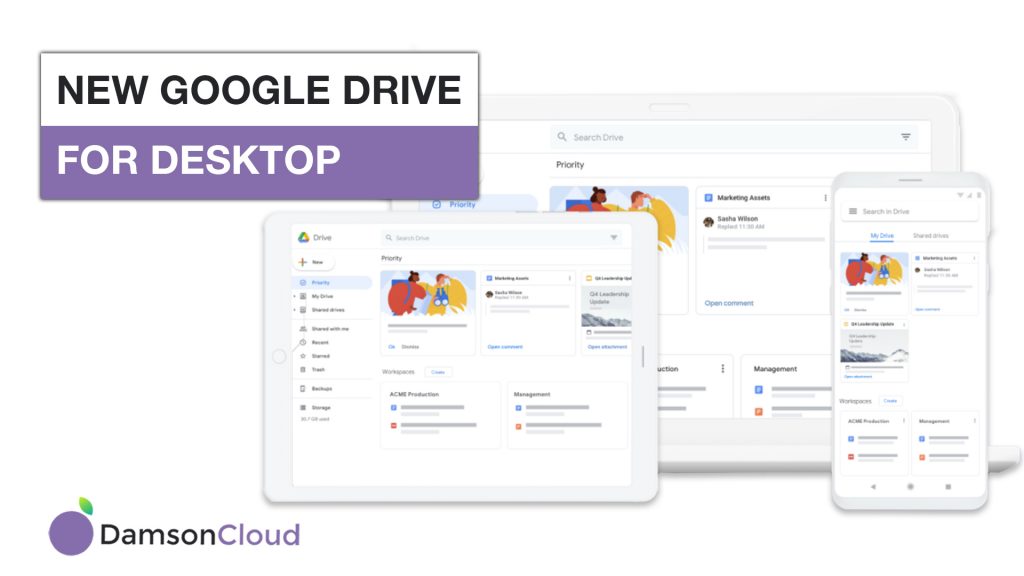 Google Drive for Desktop: What is It?

Google has decided to simplify its sync tools by creating Google Drive for Desktop. This will affect how users and end-users sync their documents to their desktops using Google Drive. Most Google users are familiar with the Google Drive File Stream tool. Useful for housing large amounts of data, the Data and Sync tool can be used to ensure you always have a backup of data in your cloud that you don’t need on your desktop.

Realising that users were having issues running the separate tools, they have managed to essentially combine these into one to ensure simplicity. This makes their products more user friendly and heightens productivity. Google has specifically said that simplifying this process will aid IT teams and administrators, to manage deployments while reducing user confusion around which app to use. This also encourages better performance for end-users.

Google Drive File Stream syncs files to your computer, mounting them as a copy of your drive onto your computer. This can include your ‘Shared Drive’ and ‘My Drive’.

How Can I Get Google Drive for Desktop?

While the prospect of simplifying the syncing process is exciting, it isn’t available to the general public as of yet. You can sign up for the Beta if you want to trial this syncing software. To register your interest, you can go onto Google’s site and apply. From there, you will receive a notification if you have received access to trial it out.

The only difference for the Drive File Stream tool users will be a change in name from its most recent update in January to Google Drive for Desktop. It appears that it is going to be the major tool which has Backup and Sync integrated into it. It’s unclear yet whether Backup and Sync users will have to do a full reinstall or not to be able to use the software.

You’re now able to back up your data from Google Photos as well through USB which is something you haven’t been able to do with Google File Stream previously. This will be incredibly beneficial for IT teams which may need to get a lot of data onto Google Drive. They will simply have to plug their USB into an external drive and backup the data.

If you are a Drive File Stream user, this update won’t affect you particularly. Rather, it will be an update which comes later in the year with an addition of Backup and Sync and a name change. Google has assured users that it won’t directly impact your stored files. This will make it much easier to transition over to the new drive stream tool.

Support for users with Mac’s housing M1 chips will be coming for Google Drive for Desktop in April 2021. This is great news for users as it means Google is offering additional support to the limited software available for M1 chip users. With version 47.0, Mac users with Apple M1 will find support through additional bug fixes and performance improvements.

As a longstanding member of the Google Cloud Partner Program, Damson Cloud specialises in bringing people and ideas together through new ways of working. We champion change management and digital transformation using some of the internet’s most trusted solutions, including Google Workspace, Happeo and Jamboard. To find out more about our services, check out our library of tutorial videos or our blog.

What is the Delegated Access in Gmail and How Has It Changed?

Check Your Audio/Video and Troubleshoot on Google Meet